The Play That Goes Wrong opens in Moscow 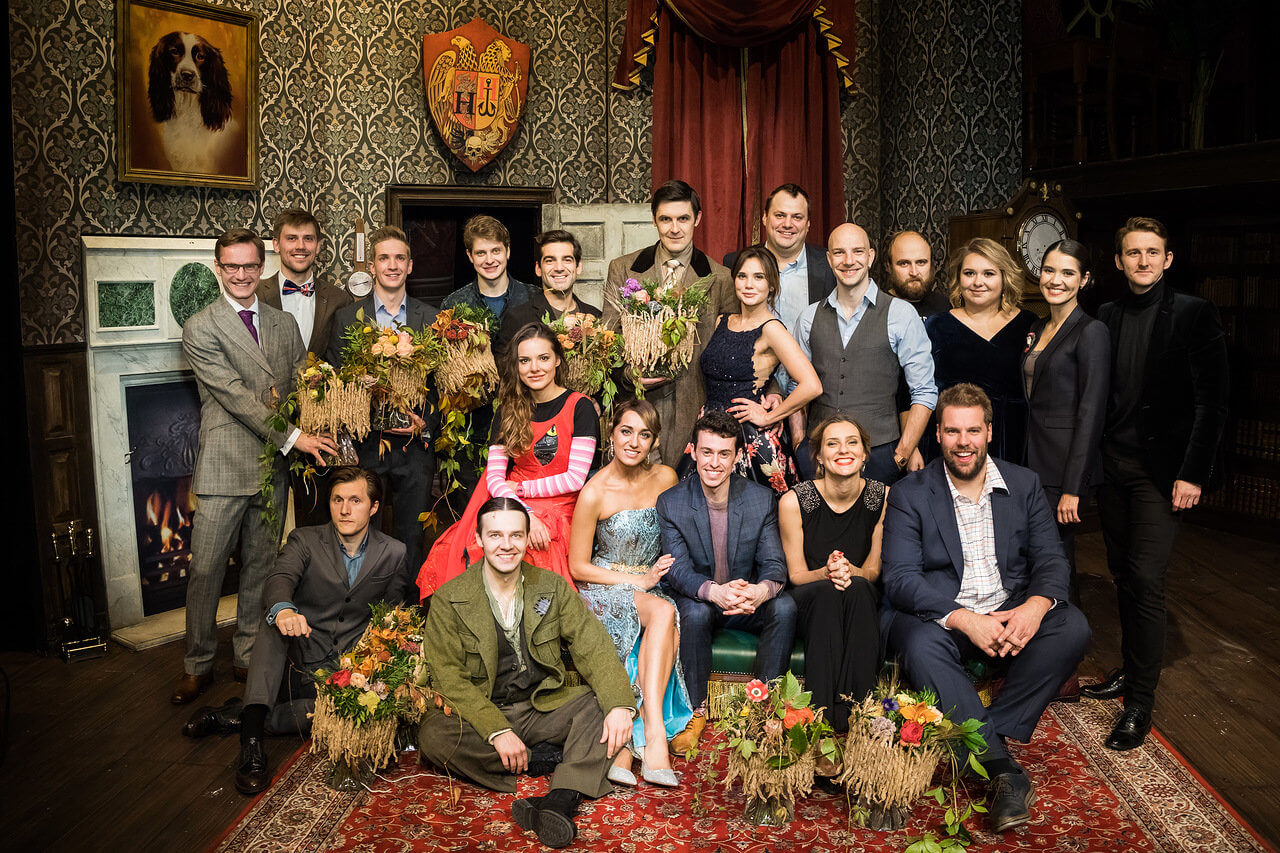 On October 6, the long-awaited opening night of The Play That Goes Wrong took place in the MDM Theatre, Moscow. It Is the first «non-musical» production on the main musical stage of Russia.

Moreover, The Play That Goes Wrong is the first play in Russia which is performing 8 shows a week and the first show in the genre of «theatrical clownery» in Russia — the country where traditional psychological theatre originated. The story follows a troupe of amateur performers putting on a production of a classical British whodunit, however everything that can — does go wrong during the show. Starring Anastasia Stotskaya, Sergey Epishev, Alexey Sekirin, Alexander Matrosov, Alexander Gorelov and other performers of Moscow’s leading drama theatres.

«The Play That Goes Wrong» — is one of the most popular modern plays in the comedy genre created by Henry Lewis, Jonathan Sayer, and Henry Shields of Mischief Theatre Company. Initially staged on West End by Kenny Wax & Stage Presence, it has been produced in 20n countries around the world so far.

Dmitry Bogachev: For almost twenty years, we have staged only musicals. We all cried over the «The Phantom of the Opera» and «Ghost» — so many feelings, emotions... And suddenly we desperately wanted something very funny, bright and cheerful. The Play That Goes Wrong — is a show in the genre of theatrical clownery. There are a lot of kind, good-natured humor, understandable to everyone without exception. When I saw this comedy on Broadway, these were two of the most fun hours in my life. I’ve never seen the hall laughing non-stop for two hours. And thought cannot deprive Russian audience of the pleasure to have a good laugh. And here we are.

Henry Lewis and Jonathan Sayer: Thank you a lot for this Opening Night! It is a great pleasure to be here at this celebration. We are happy to see the play together with Russian viewers. We want to say special thanks to the actors — the cast is brilliant! It was absolutely hilarious! We have seen the play in different cities and countries, but here we feel an especially warm welcome. Moscow is a wonderful city! Also, the audiences in different countries laugh at the same scenes, no matter which language the play is performed in.

It won’t just make you laugh, it will give you comfort, assuring, that hardships and anxieties happen to everyone.

A torrent of jokes.
A well-oiled fun-factory.

The premiere turns into a catastrophe — too funny for words.

You will laugh for sure.

GET TICKETS
The Play That Goes Wrong animates Moscow