On October 17, the Grand Opening night of the First class Russian original production of the musical CHESS took place at the MDM theatre, Moscow. 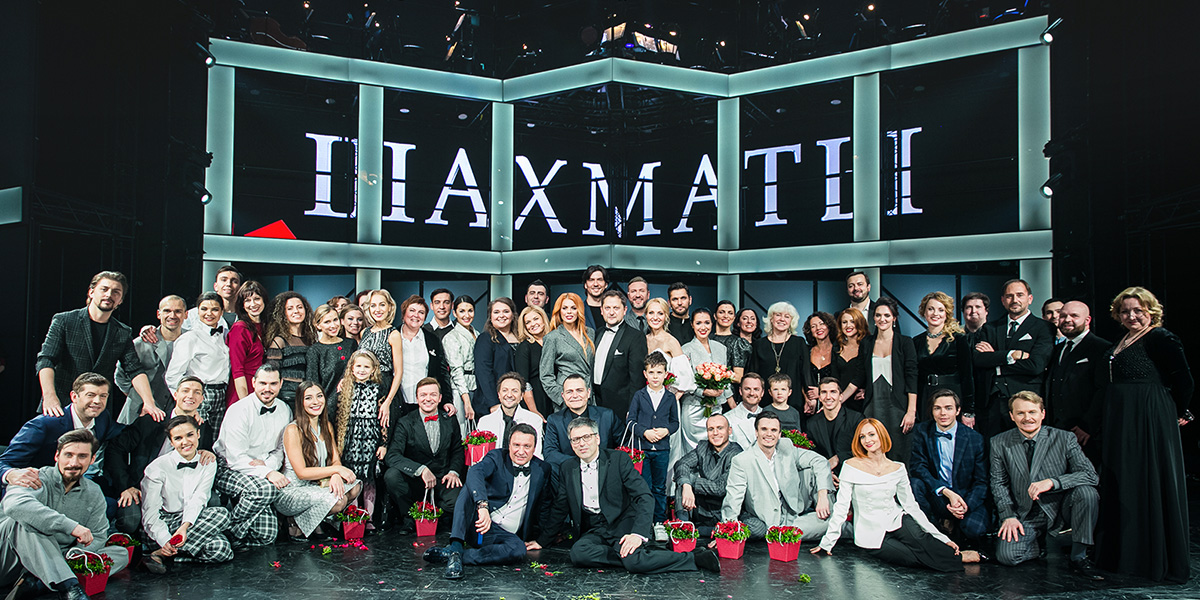 A legendary play about a confrontation between  Soviet and American chess masters for the world chess crown, set against the backdrop of the Cold War, has finally made it to the Russian audience. This is perhaps the only theatre production of such scale in the world at the moment.

The world premiere of CHESS was held in 1986 at London’s West End. Created by Benny Andersson and Björn Ulvaeus of ABBA and sir Tim Rice («Emmy», «Grammy», «Oscar» and «Tony»-awarded playwright) CHESS has since been staged all around the globe.

I just wanted to say, how incredibly grateful and excited I am, we all are, by the fact that CHESS is going to be done for the first time professionally, probably in any form by any people in Russia.It is going to be a terrific show! I’ve seen the arrangements, I’ve talked with the people working on the show. I know it’s going to be a great performance. I’m sure the show will be around for quite a long time in Russia. I will definitely get out there before too long. All I can say at the moment is, I’m very very grateful to you all, I’m very very thankful, that we’re in such good hands. Good luck to one and all.

CHESS, an acknowledged theatrical phenomenon, has taken on a renewed relevance these days. Behind the scenes of great victories and bitter defeats in any stand-off there are always real people. Each with a complicated destiny, living out their emotions and acting at the limit of their abilities. Starting on October 17, this unique production will be presented at the MDM Theatre every night throughout the entire theatre season. From the musical theatre point of view, there is absolutely nothing as great, monumental and meaningful as CHESS. When two years ago after many years of hesitation I took on this material, I promised myself to create an interesting, spectacular and emotional production, worthy of its magnificent music, and to carry the production process through, so that after 35 years Russian audience could finally experience this glorious musical! We all have the feeling of euphoria about what we are creating, and that’s why we don’t feel neither fatigue, nor fear.

The new unique concept of the Russian original production is created by the first rate Russian creative team, helmed by Director Evgeny Pisarev, the Artistic Director of Moscow Pushkin Drama Theatre (also known for his productions at the Bolshoi Theatre, Chekhov's Moscow Art Theatre) with Musical Director John Rigby (CHESS at ENO, School of Rock, An American in Paris, Jesus Christ Superstar World Arena Tour) and the Producer Dmitry Bogachev (Anastasia (Broadway), The Phantom of The Opera (Moscow), MAMMA MIA! and Chicago (Moscow and S-Petersburg) and many other musicals in Russia)