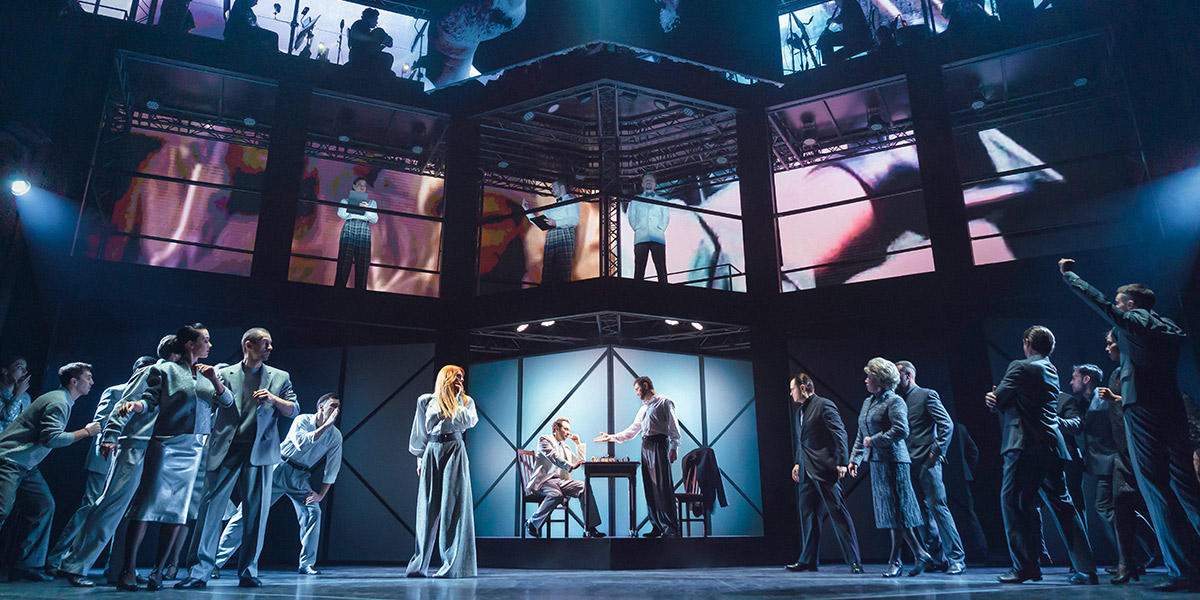 A legendary musical about confrontation between a Soviet and an American chess masters for the world chess crown set against the backdrop of the Cold War was seen by over 150 000 spectators in Moscow in 6 months. This is possibly the only sit-down theatre production of such a scale running in Europe at the moment.

The opening night of the First class Russian original production of the musical CHESS took place in October, 2020 at the MDM Theatre, Moscow. The musical was banned in the USSR due to ideological censorship during the Soviet times. Nowadays, the story is again relevant because of the heated political climate between modern Russia and the United States.

The world premiere of CHESS was held in 1986 at London's West End. Created by Benny Andersson and Björn Ulvaeus of ABBA and sir Tim Rice (EGOT-awarded playwright), CHESS has since been staged all around the globe.

How incredibly grateful and excited I am by the fact that CHESS is done for the first time professionally, probably in any form by any people in Russia. It is a terrific show! I’ve seen the arrangements, I’ve talked with the people working on the show. It’s a great production. I’m sure the show will be around for a long time in Russia.

CHESS, an acknowledged theatrical phenomenon, has taken on a renewed relevance these days. Behind the scenes of great victories and bitter defeats in any stand-off there are always real people. Each with a complicated destiny, living out their emotions and acting at the limit of their abilities. We were hit by everything at once: the closure of theaters, quarantine, a complete stop in ticket sales, disrupted rehearsals, the cancellation of equipment supplies, the closure of the border, a crushing crisis in theater and concert industry. But in the face of all challenges this unique production is presented at the MDM Theatre to nightly standing ovations from the audience thanks to the faith and hard work of our team.

I have seen the musical CHESS on many world stages — in the US, England, Sweden, France... And finally for the first time I saw it in Russia. It is a very difficult task to show chess in art: chess masters are calm in this game, but such passions are flaring up inside! The play is just about that!

Undoubtedly the release of the popular series The Queen’s Gambit has influenced the popularity of the Musical CHESS, though at the time of the production of the musical, no one knew of the upcoming Netflix premiere.

The new unique concept of the Russian original production of the musical CHESS is created by the first class Russian creative team, helmed by Director Evgeny Pisarev, the Artistic Director of Moscow Pushkin Drama Theatre (also known for his productions at the Bolshoi Theatre, Chekhov's Moscow Art Theatre) with Musical Director John Rigby (CHESS at ENO, School of Rock, An American in Paris, Jesus Christ Superstar World Arena Tour) and the Producer Dmitry Bogachev [Anastasia (Broadway), The Phantom of The Opera (Moscow), MAMMA MIA! and Chicago (Moscow and S-Petersburg) and many other musicals in Russia].

On October 17, the Grand Opening night of the First class Russian original production of the musical CHESS took place at the MDM theatre, Moscow.