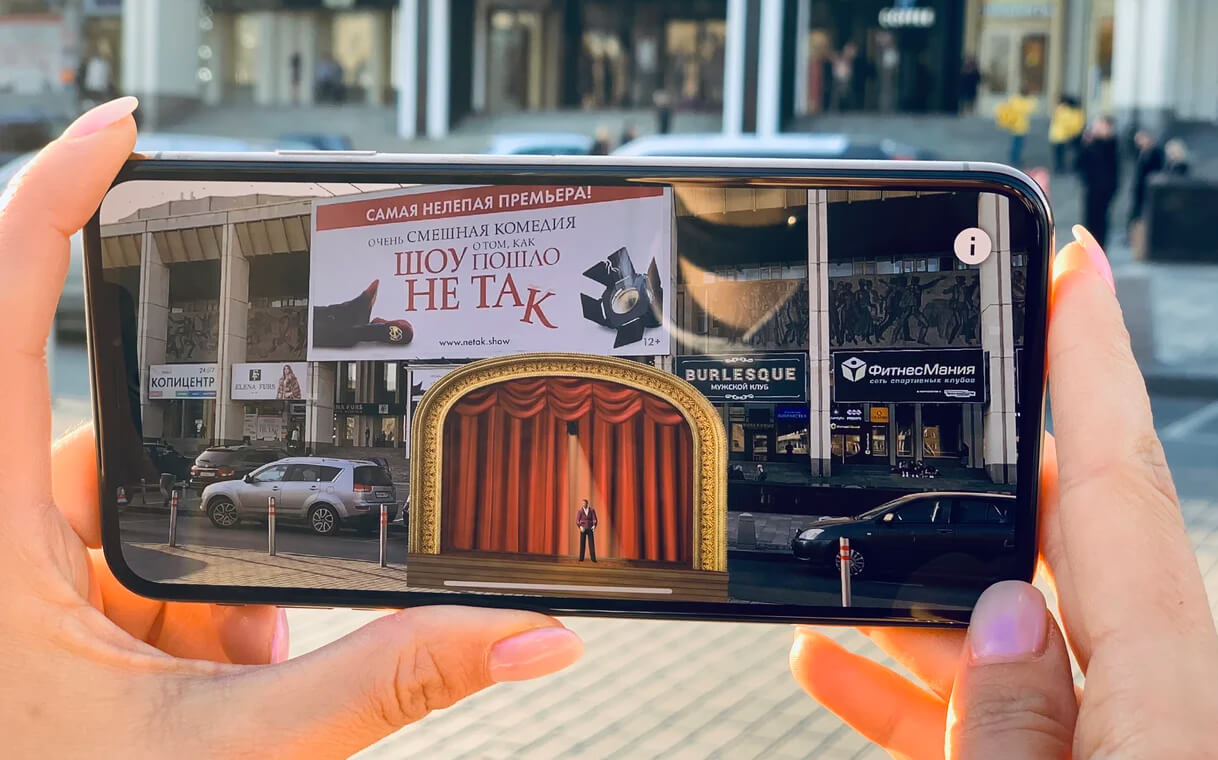 Moscow Broadway theatre company has become the first in the world to utilise AR (augmented reality) technology in outdoor advertising of a theatre production.

Starting October 18th, 2018 any iPhone or iPad user will be able to «bring to life» AR-playbills of the Russian production of the West End and Broadway hit — The Play That Goes Wrong. All you need to do it point your camera at an outdoor billboard featuring a QR-code and agree to the application download.

The Play That Goes Wrong App will bring to life the show’s playbill and show in augmented reality things that were previously hard to imagine. All the users have to do it follow the instructions by pointing their iPhone or iPad camera at the billboard and watch a small AR-performance unfold on their screens. A theatre stage will appear right on the street out of nowhere, on which one of the main characters of the hit-play will perform.

«Moscow Broadway became the first theatre company in the world to implement theatre playbills of the future. We are changing the traditional approach to communication strategy, bridging digital marketing with the regular two-dimensional outdoor advertising billboards — says Dmitry Bogachev, theatre producer and CEO of Moscow Broadway theatre company — Our theatre does not „begin with a cloakroom“ in the words of Stanislavsky, it begins with augmented reality of theatre playbills».

The Play That Goes Wrong opens in Moscow
For the first time in Russia! Legendary musical CHESS