CHESS opens on Broadway in Moscow 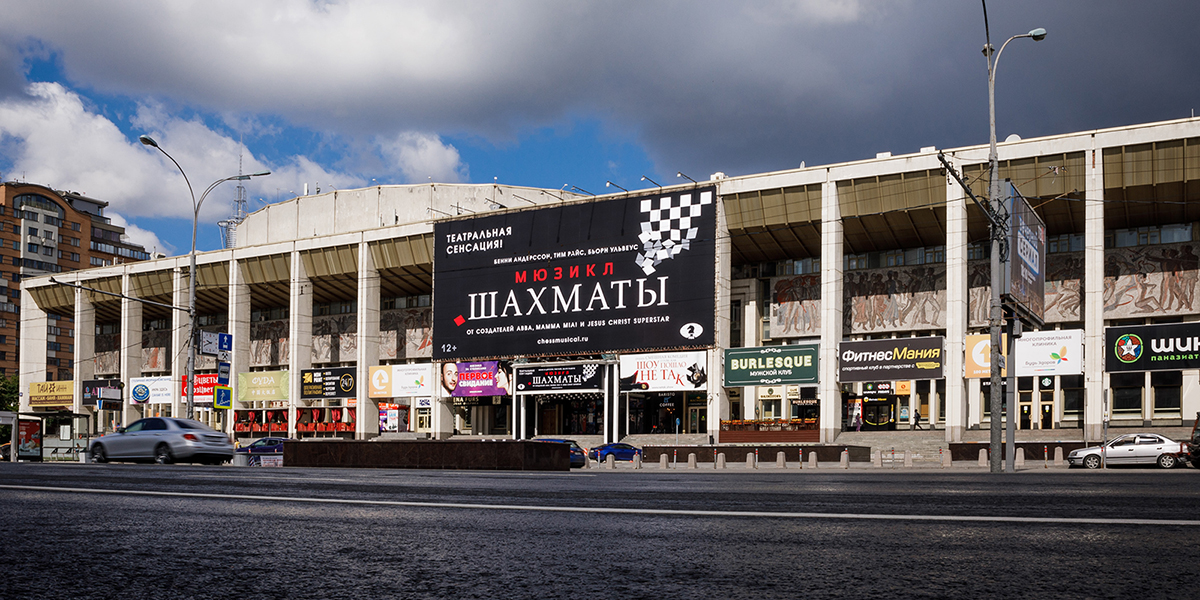 The opening night of the Russian production of CHESS, from the author Tim Rice and composers Benny Andersson and Bjorn Ulvaeus is to take place in Moscow's MDM Theatre — home of Broadway Moscow Theatre Company on October 17, 2020. It will become the first and only large-scale musical premiere in Russia this Fall, after the restrictions on presentation of theatrical productions have been lifted by the authorities.

In view of these news, the International Chess Federation FIDE represented by its President Arkady Dvorkovich has welcomed the first Russian production of Chess and expressed its support by allowing its official logo (Chess Knight against the Globe) to be used in all promotional materials of the Russian production.

The storyline follows the battle of a Soviet and an American chess masters for the world chess crown, set against the backdrop of the Cold War between the two superpowers — USSR and USA. Four great chess masters have become prototypes for the two main characters: Boris Spassky, Bobby Fischer, Victor Korchnoy, and first and foremost — multiple-time world champion Anatoly Karpov, who is actively participating in preparations for the Russian premiere of CHESS.

«I saw different productions of this show all over the world. It has such a wonderful concept, deep, captivating dramaturgy, marvelous music. It is important that in Russia this story will be told from the point of view of its main character»

CHESS, an acknowledged theatrical phenomenon, has anew become relevant these days. Behind the scenes of great victories and bitter defeats in any stand-off there are always real people. Each with a complicated destiny, living out their emotions and acting at the limit of their abilities! From October 17, this unique production will be presented at the MDM Theatre every night throughout the entire theatre season.‬ ‬

This is very exciting! I could not dare to imagine, that I will one day see our musical in Russia. I really hope I manage to convince Benny and Bjorn to come to Moscow for the opening night on October 17th.

The new production boasts a first rate Russian creative team, helmed by Director Evgeny Pisarev, the Artistic Director of Moscow Pushkin Drama Theatre (also known for his productions at the Bolshoi Theatre, Chekhov's Moscow Art Theatre) with Musical Director John Rigby (CHESS at ENO, School of Rock, An American in Paris, Jesus Christ Superstar World Arena Tour) and the Producer Dmitry Bogachev (Anastasia (Broadway), The Phantom of The Opera (Moscow), MAMMA MIA! and CHICAGO (Moscow and St-Petersburg) and many other musicals in Russia).