For the first time in Russia! Legendary musical CHESS 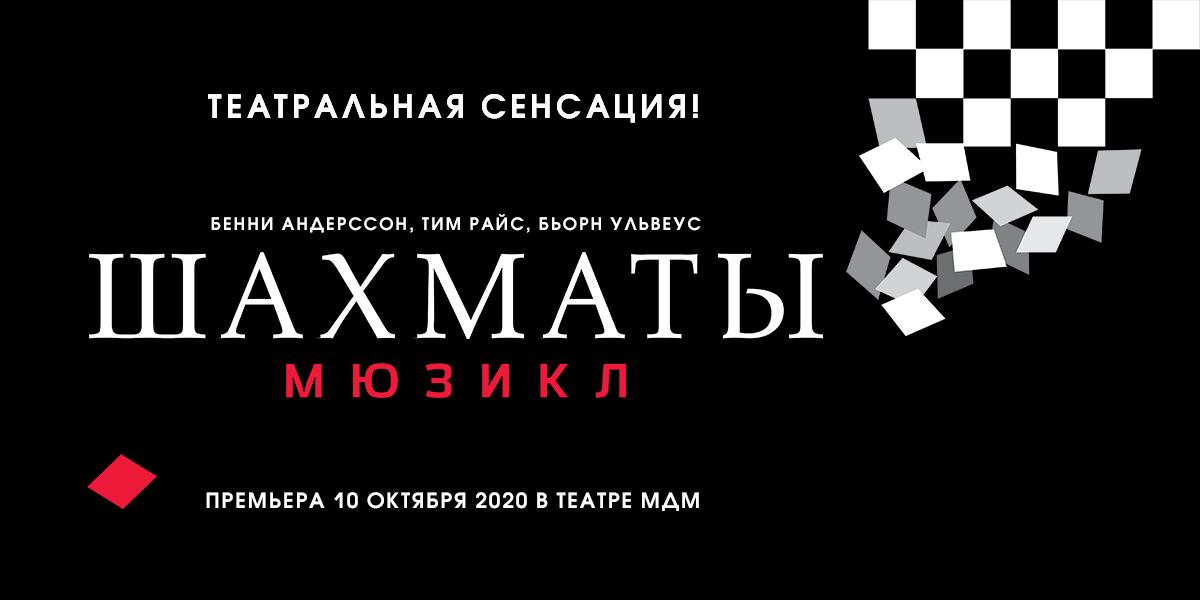 The first ever Russian premiere of the legendary musical CHESS, telling the story of a battle for world chess championship, set against the backdrop of the cold war between two superpowers — USSR and USA, is set for October 2020.

CHESS was created in 1984 by three distinguished authors — EGOT-awarded dramaturge sir Tim Rice, together with composers Benny Anderson and Bjorn Ulvaeus, the songwriters and participants of the legendary ABBA and the creators of MAMMA MIA!

«I am genuinely thrilled that in 2020 Chess will be performed in Russian, in Russia. — says sir Tim Rice about the Russian production — The world was a very different place in 1984 when we wrote the piece, but if our show still has relevance 35 years later it is because human nature never changes whatever the political situation».

The new original Russian production of CHESS is produced by the Russian theatre producer Dmitry Bogachev (Broadway’s ANASTASIA conceptor, producer of the Russian First Class productions of The Phantom of the Opera, MAMMA MIA! CHICAGO, The Sound of Music, Singin’ in the Rain, and many more Broadway musicals in Moscow). «The score of CHESS is considered to be an unparalleled masterpiece in the history of musical theatre,— says Dmitry Bogachev — and the story is full of dramatism and is very relevant nowadays when the cold war is not just history anymore but once again — our new reality».